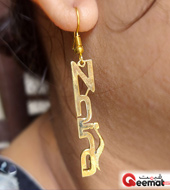 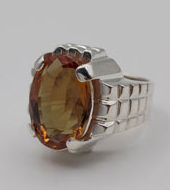 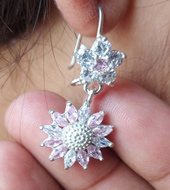 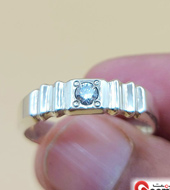 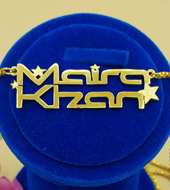 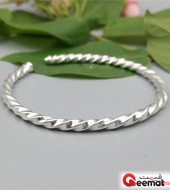 Narrated Thabit bin Ad-Dahhak: (who was one of the companions who gave the pledge of allegiance to the Prophet underneath the tree (Al-Hudaibiya)) Allah's Apostle said, Whoever swears by a religion other than Islam (i.e. if somebody swears by saying that he is a non-Muslim e.g., a Jew or a Christian, etc.) in case he is telling a lie, he is really so if his oath is false, and a person is not bound to fulfill a vow about a thing which he does not possess. And if somebody commits suicide with anything in this world, he will be tortured with that very thing on the Day of Resurrection; And if somebody curses a believer, then his sin will be as if he murdered him; And whoever accuses a believer of Kufr (disbelief), then it is as if he killed him.

Zaid b. Aslam reported that 'Abd al-Malik b. Marwan sent some domestic goods for decoration to Umm Darda' on his own behalf, and when it was night 'Abd al-Malik got up and called for the servant. It seemed as if he (the servant) was late (in responding to his call), so he ('Abd al-Malik) invoked curse upon him, and when it was morning Umm Darda' said to him: I heard you cursing your servant during the night when you called him, and she said: I heard Abu Darda' as saying that Allah's Messenger ( ‌صلی ‌اللہ ‌علیہ ‌وسلم ‌ ) said: The invoker of curse would neither be intercessor nor witness on the Day of Resurrection.

Samurah bin Jundab narrated that the Messenger of Allah said: Do not curse yourselves with Allah's curse, nor with His anger, nor with the Fire.

Ibn 'Abbas narrated that a man cursed the wind in the presence of the Prophet, so he said: Do not curse the wind, for it is merely doing as ordered , and whoever curses something undeservingly, then the curse returns upon him.

People do not make careful use of words when abusing or venting their anger on someone. They utter the word “Lanat” or “curse” when they do not actually mean it. Let’s learn the Hadith about Lanat/cursing someone.

While Salaam is a sort of prayer to Allah Almighty for His (Swt) mercy on a person, Lanat is just the opposite of it. Cursing someone is praying to Allah (SwT) to keep a person far from (or deprived of) His mercy.

Islam forbids to curse a person, animal or object by name. Allah’s Messenger (May peace and blessings of Allah be upon Him) neither abused others nor used obscene words. Also, He (ﷺ) did not curse others. For admonishing someone, He (ﷺ) used to say, “What is wrong with you/him?”

There are several Ahadees about Lanat.

On one occasion, He (ﷺ) has been reported as saying, “If someone curses a believer (Muslim), then his sin will be as if he murdered him (or her); And whoever accuses a believer of Kufr (disbelief), it is as if he killed him.” (Hadees No. 6047, Chapter: Al-Adab (Good Manners), Sahih Bukhari)

There is another Hadees about Lanat where Allah’s Apostle (ﷺ) has been narrated as saying that a person frequently cursing others would neither be an intercessor nor witness on the Day of Resurrection.

Who Have Been Cursed by Allah (SwT)?

Allah Almighty has cursed Iblis (Satan) and his followers (disbelievers). Here is the Quranic reference.

Translation: And indeed, upon you (O Iblis) is My curse until the Day of Recompense."

Translation: “Indeed, Allah has cursed the disbelievers and prepared for them a Blaze.”

Hadith About Time in Urdu

Hadith About Eyebrows in Urdu

Hadith About Praising Someone

Hadith About Lanat - Is Cursing Someone Permissible in Islam?

A Cook Without Head

Obesity Causes And Treatment in Urdu

Dua For Victory and Success

Dua For Jumma To Earn Sawab

Dua For Peace of Heart